The People And The Books: 18 Classics of Jewish Literature 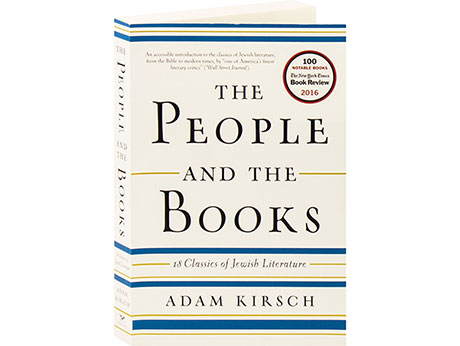 The People And The Books: 18 Classics of Jewish Literature

Jews have long embraced their identity as "the people of the book," yet outside of the Bible, little of the Jewish literary tradition is known to nonspecialists. In this 2016 New York Times Notable Book of the Year, poet, literary critic, and scholar Adam Kirsch introduces eighteen essential works, including close readings of the biblical books of Deuteronomy and Esther, the philosophy of Maimonides, the autobiography of the medieval businesswoman Glückel of Hameln, and the Zionist manifestoes of Theodor Herzl. He illuminates themes like the nature of God, how to understand the Bible, the relationship of the Jews to the Promised Land, and the challenges of living as a minority in Diaspora.