A God In Ruins 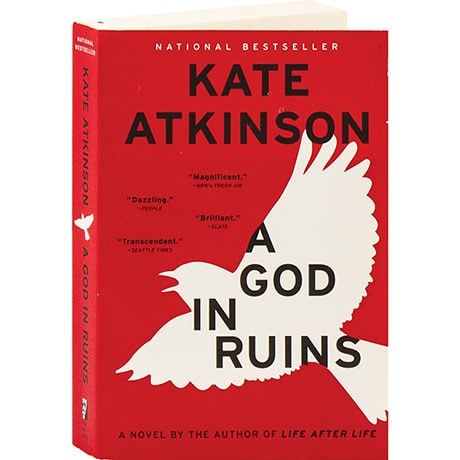 A God In Ruins

In Life After Life, Costa Book Award winner Kate Atkinson followed Ursula Todd as she lived through the turbulent events of the last century again and again. In this sequel—named a Best Book of 2015 by the Washington Post, Chicago Tribune, and NPR—Atkinson chronicles the same period through Ursula's younger brother Teddy, a would-be poet, heroic pilot, husband, father, and grandfather who somehow failed to die in World War II.

"Atkinson isn't just telling a story: she's deconstructing, taking apart the notion of how we believe stories are told.... She makes us feel the power of storytelling not as an intellectual conceit, but as a punch in the gut."—Publishers Weekly (starred review)