A Bookshop In Berlin: The Rediscovered Memoir of One Woman's Harrowing Escape from the Nazis 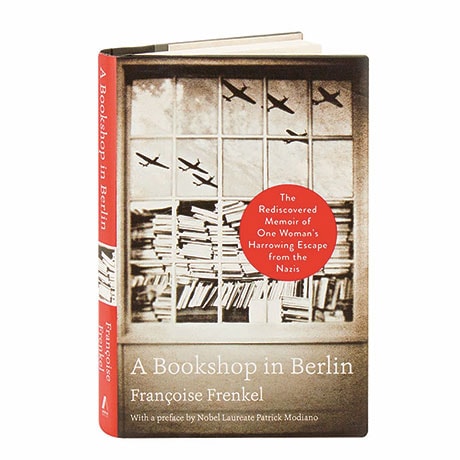 A Bookshop In Berlin: The Rediscovered Memoir of One Woman's Harrowing Escape from the Nazis

In 1921, Françoise Frenkel—a Jewish woman from Poland—opened La Maison du Livre, Berlin's first French bookshop, which becomes a haven for intellectual exchange, even as Nazi ideology begins to poison the culturally rich city. Françoise's dream finally shatters on Kristallnacht in November 1938, as hundreds of Jewish shops and businesses are destroyed. Her shop is miraculously spared, but fear of persecution forces Françoise on a lonely flight to Paris. When the city is bombed, she seeks refuge across southern France, where she witnesses countless horrors, but as she recounts in this 1945 memoir, she is saved by strangers risking their lives to protect her.

"Insightful, sympathetic, suspenseful, and eventually triumphant, this memoir is a worthy addition to the WWII canon."—Booklist (starred review)