The Castaway's War: One Man's Battle Against Imperial Japan 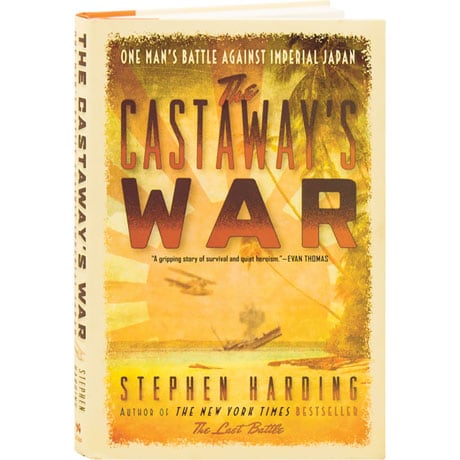 The Castaway's War: One Man's Battle Against Imperial Japan

When the destroyer USS Strong was hit by a Japanese torpedo in July 1943, hundreds of sailors were forced to abandon ship, among them Lieutenant Hugh Barr Miller. Severely injured, Miller and several others survived three days at sea and eventually landed on a Japanese-occupied island, where Miller—believing he was on the verge of death—ordered the others to go on without him. Based on official American and Japanese histories, personal memoirs, and interviews with many of the story's key participants, the author of Last to Die recounts how Miller nonetheless survived, encountering Japanese forces patrolling the island and launching a valiant one-man war against them.