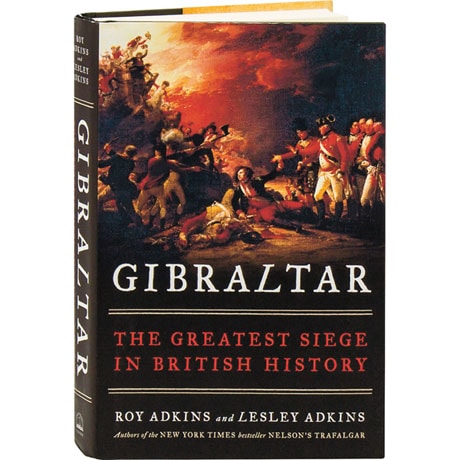 From 1779 to 1783, the British territory of Gibraltar was besieged and blockaded, on land and at sea, by the overwhelming forces of Spain and France. Located between the Mediterranean and Atlantic on the very edge of Europe, Gibraltar was a place of varied nationalities, languages, religions, and social classes. During the siege, thousands of soldiers, civilians, and their families withstood terrifying bombardments, starvation, and disease, all caught up in a struggle for a fortress located on little more than two square miles of awe-inspiring rock. As Roy and Lesley Adkins explain here, it became the longest siege in British history, and the obsession with saving Gibraltar was blamed for the loss of the American colonies in the War of Independence.

"The husband-and-wife historian team once again exhibit their talent for enlivening British history…. Many readers will wonder why this episode hasn't been made into a movie, with all the heroics of soldiers, civilians, and, especially, families. Thankfully, the authors had a vast trove of letters and diaries of those who lived through the siege, and they use them to great effect…. The story is as compelling as it is fantastic—page-turning history of one of the most important eras of Western civilization."—Kirkus Reviews