Hit The Target: Eight Men Who Led the Eighth Air Force to Victory Over the Luftwaffe 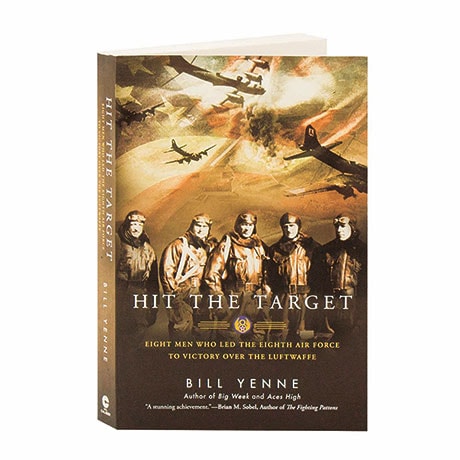 Hit The Target: Eight Men Who Led the Eighth Air Force to Victory Over the Luftwaffe

Less than a month after the attack on Pearl Harbor, the U.S. Army formed its first air force designated to operate overseas, the Eighth; seven months later, they were bombing German targets in occupied Europe. As the author of Operation Long Jump reveals here, the Eighth was the first bomber command on either side to engage in strategic daylight bombing, losing many lives to lead the Allies to victory. Bill Yenne also introduces some of the heroes of the Eighth, among them Colonel Jimmy Doolittle, who led the first air raid on Japan, and Robert "Rosie" Rosenthal, who survived his time with the "Bloody Hundredth" to serve as a prosecutor at the Nuremberg Trials.