They Fought Alone: The True Story of the Starr Brothers, British Secret Agents in Nazi-Occupied France 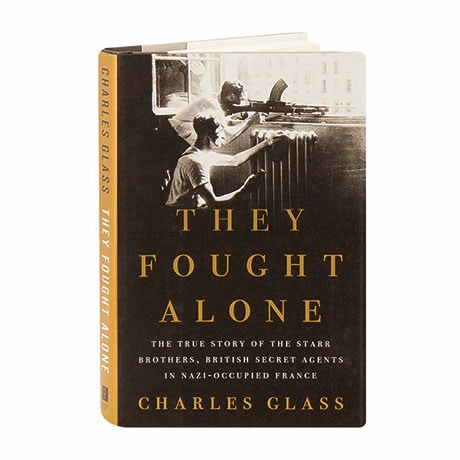 They Fought Alone: The True Story of the Starr Brothers, British Secret Agents in Nazi-Occupied France

Prime Minister Winston Churchill created the top-secret Special Operations Executive (SOE) to "set Europe ablaze." Of the many brave men and women conscripted, two Anglo-American recruits, the Starr brothers, stood out to become legendary figures to the guerillas, assassins, and saboteurs they led. As Captain George Starr commanded networks of résistants in France, his younger brother Lieutenant John Starr laid groundwork for resistance in the Burgundy countryside until he was captured and sent to a series of concentration camps. As Charles Glass relates in this unvarnished account, however, although both men were acclaimed as heroes, George was later accused of war crimes, while John quite possibly collaborated with his captors.