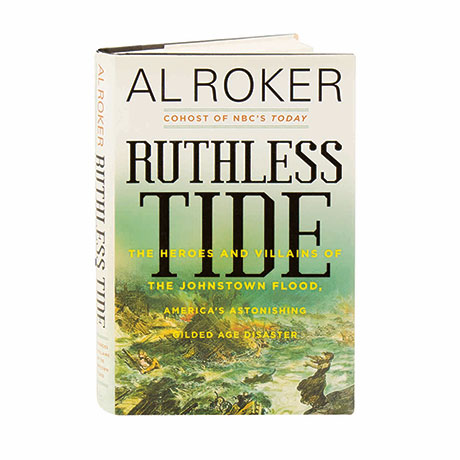 Central Pennsylvania, May 31, 1889: After a deluge of rain swelled the Little Conemaugh River, panicked engineers telegraphed neighboring towns warning of the danger, but residents remained in their homes, having grown used to false alarms. At 3:10 P.M., the dam gave way, releasing 20 million tons of water upon Johnstown, killing more than 2200 people and causing $17 million in damage. Much as he did in Storm of the Century, NBC's Al Roker follows an unforgettable cast of characters whose fates converged because of that tragic day, including John Parke—the engineer whose heroic efforts failed to save the dam—and Clara Barton, who spent five months in Johnstown leading one of the first organized disaster relief efforts in the United States.