Einstein's War: How Relativity Triumphed Amid the Vicious Nationalism of World War I 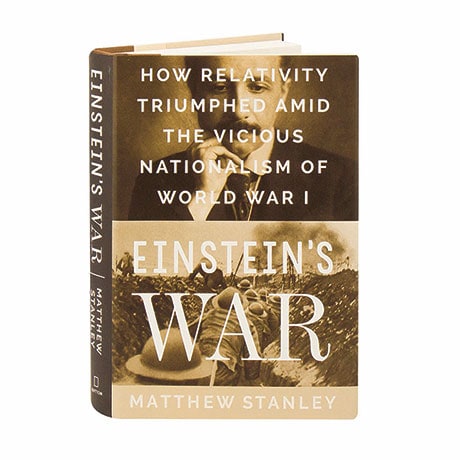 Einstein's War: How Relativity Triumphed Amid the Vicious Nationalism of World War I

Although Albert Einstein never held a rifle, he formulated general relativity while blockaded in Berlin, literally starving as World War I dragged on. Even as many German scientists were being coerced into devising new weapons, Einstein stayed out of the fray, but was separated from his most crucial ally by barbed wire and U-boats—Quaker astronomer and Cambridge don A.S. Eddington. In 1918, Eddington led a globe-spanning expedition to catch a solar eclipse for a rare opportunity to confirm Einstein's bold prediction that light has weight. As Matthew Stanley details here, the results would make Einstein famous, while offering hope that scientific cooperation can be an antidote to bigotry and nationalism.