His Father's Son: The Life of General Ted Roosevelt Jr. 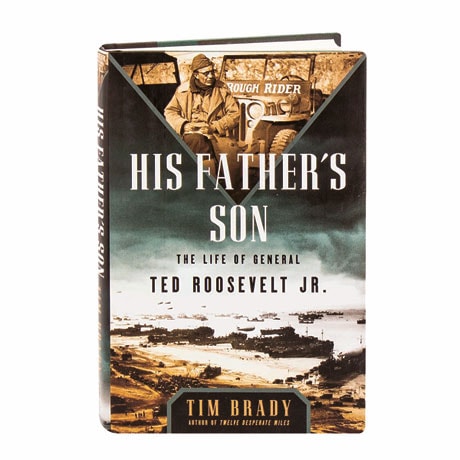 His Father's Son: The Life of General Ted Roosevelt Jr.

Despite being a diplomat, writer, and man of adventure, Ted Roosevelt Jr. never quite lived up to public expectations that he would be just like his father, posits Tim Brady, author of A Death in San Pietro. As Brady recounts, the younger Roosevelt was a hero of the Great War, yet his political ambitions failed to materialize, and he was nudged aside by his cousin Franklin, already ascending toward the presidency. Instead, General Roosevelt led troops in the initial assault on D-Day, landing on Utah Beach with his cane in one hand and a pistol in the other, and his valor and leadership earned him the Medal of Honor.