The Marines In World War II 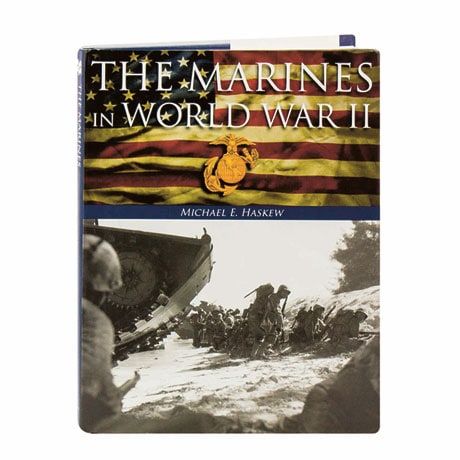 The Marines In World War II

Today, the names Iwo Jima, Okinawa, and Tarawa evoke the valor of the Marines, but in 1941, the Marine Corps was a small expeditionary force with outdated equipment, learning how to adapt to its new mission: amphibious assault. Here Michael Haskew charts the rapid development of this fighting force that eventually numbered nearly half a million Marines, chronicling the hard fought battles at Midway, Guadalcanal, and Guam, as well as some of the lesser-known struggles. Illustrated with more than 150 images—primarily dramatic photos of the troops in action—the book also addresses the important role played by Navajo code talkers, and discusses the gradual desegregation of the Corps.