The Mathews Men: Seven Brothers and the War Against Hitler's U-Boats 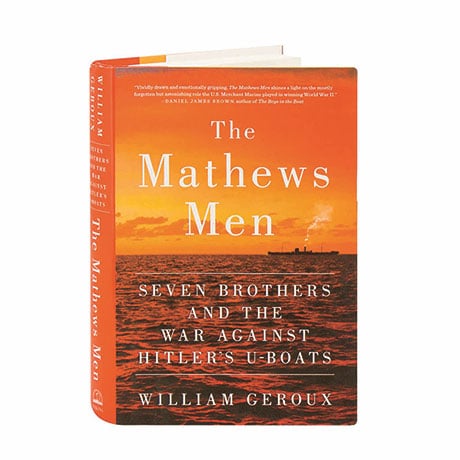 The Mathews Men: Seven Brothers and the War Against Hitler's U-Boats

We may not have fought World War II on American soil, but we certainly fought it in our waters; seven sons in the Hodges family of peninsular Mathews County, Virginia—all in the merchant marines—became targets of German U-boats bearing down on our Atlantic and Gulf coasts. The Hodges boys and many other men from Mathews sailed wherever troops needed supplies and ammunition, and endured torpedoes, flaming oil slicks, storms, shark attacks, mine blasts, and harrowing lifeboat odysseys. Even after they'd returned to safety, those who survived would ship out again. William Geroux takes us to sea with these Mathews men, from the Battle of the Atlantic to the D-Day landings and to the war in the Pacific.