The Vagabonds: The Story of Henry Ford and Thomas Edison's Ten-Year Road Trip 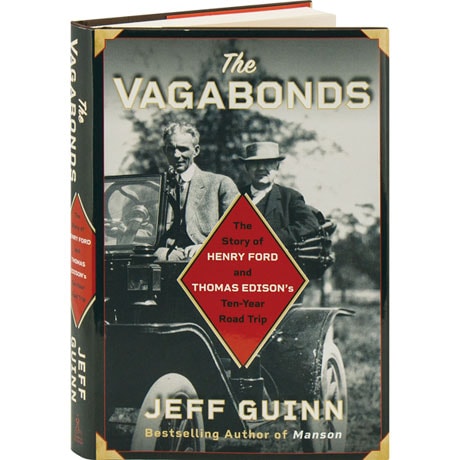 The Vagabonds: The Story of Henry Ford and Thomas Edison's Ten-Year Road Trip

Following a 1914 jaunt to the Everglades, Thomas Edison, Henry Ford, and Harvey Firestone met again in 1915 for a camping trip and, dubbing themselves the Vagabonds, embarked on a series of road trips that would span a decade. Though they vacationed in luxury with chefs and butlers, the Vagabonds also intended to study the conditions of America's roadways and improve the practicality of automobile travel. It was an era of unreliable autos and rough roads, but as the author of The Last Gunfight relates here, their exploits were followed in all the newspapers, and as cars and roads improved, the summer road trip became a fixture of American life.