Jonathan Swift: His Life and His World 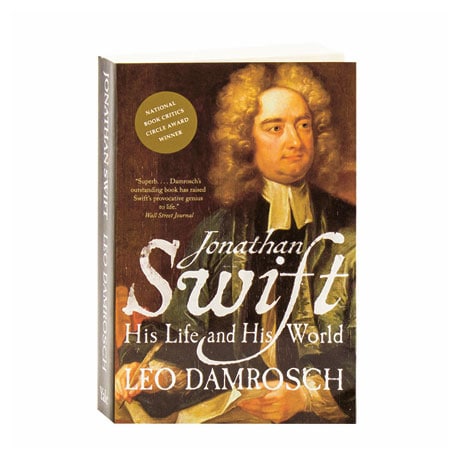 Jonathan Swift: His Life and His World

Best remembered today as the author of the satiric 1726 fantasy Gulliver's Travels, Jonathan Swift also wrote many other influential works, in addition to being a major political and religious figure as well as a national hero in his native Ireland. But can the facts of his life be separated from the fictions? In this National Book Critics Circle Award-winning biography, Leo Damrosch draws on a wide range of sources to offer new speculations about Swift's parentage, love life, and personal relationships, and discusses how Swift concealed his private life. While vividly evoking the sights and sounds of 18th-century Britain, Damrosch creates a portrait of Swift as a restless, combative man of biting wit and powerful mind, and a major figure in the history of world letters.