Kick Kennedy: The Charmed Life and Tragic Death of the Favorite Kennedy Daughter 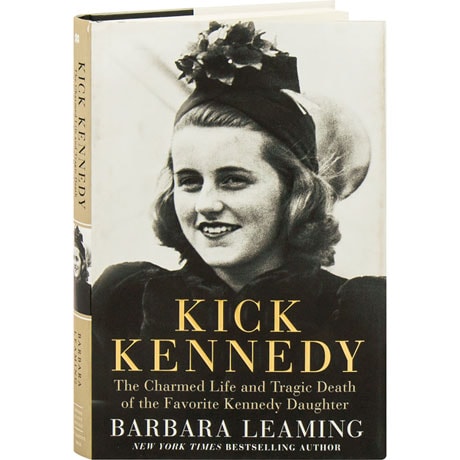 Kick Kennedy: The Charmed Life and Tragic Death of the Favorite Kennedy Daughter

Among the competitive Kennedy children, Kathleen "Kick" Kennedy (1920-48) was the most vivacious and conspicuous, and she was considered the "psychological twin" of her brother, Jack. Although Kick was her father's favorite child, her marriage to a British aristocrat deeply affronted the family patriarch, who believed that she had violated the Catholic faith. Widowed only months later when her husband died in combat, Kick called upon deep reserves of strength to move on with her life. Also the biographer of Jack and Jacqueline Kennedy, Barbara Leaming offers here a portrait of a young woman who—much like three of her brothers—followed a passionate and ambitious path through life, only to die at an early age.