A Matter Of Honor: Pearl Harbor: Betrayal, Blame and a Family's Quest for Justice 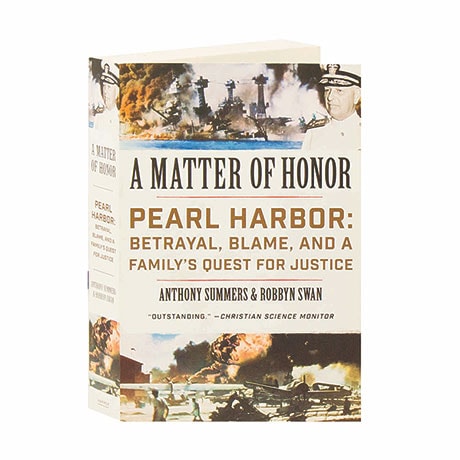 A Matter Of Honor: Pearl Harbor: Betrayal, Blame and a Family's Quest for Justice

In the aftermath of the Japanese attack on Pearl Harbor, Admiral Husband Kimmel, Commander-in-Chief of the Pacific Fleet, was relieved of command, accused of negligence and dereliction of duty. But the Admiral defended his actions through eight investigations and for the rest of his long life. The evidence against him was scanty, and military and political officials had solid reasons to hide the truth about what happened. With unprecedented access to documents and the family's cooperation, Anthony Summers and Robbyn Swan—Pulitzer Prize finalists for The Eleventh Day—search for the truth of the Kimmel story, and explore claims of duplicity and betrayal in high places in Washington.