My Fellow Soldiers: General John Pershing and the Americans Who Helped Win the Great War 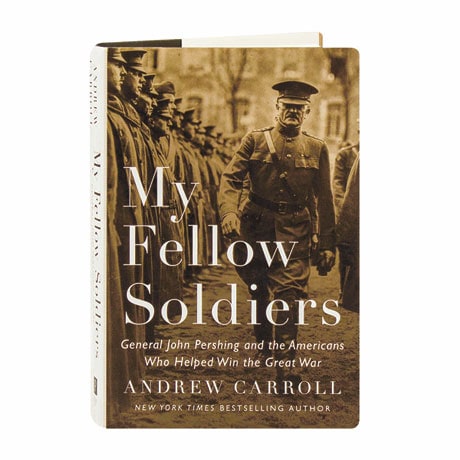 My Fellow Soldiers: General John Pershing and the Americans Who Helped Win the Great War

Entering World War I, General John J. Pershing was at the helm of a military force that was small and primitive compared to the European combatants, but "Black Jack" surmounted enormous obstacles to build an army and ultimately lead millions of U.S. soldiers to victory. But Pershing himself—often perceived as a harsh, humorless, and wooden leader—concealed inner agony from those around him: almost two years before the United States entered the war, Pershing suffered a personal tragedy so catastrophic that he almost went insane. Having scoured thousands of letters by Pershing, his family, his lovers, and such peers as Douglas Macarthur and Teddy Roosevelt, Andrew Carroll crafts an intimate biography of a man who attained the Army's loftiest rank, a gruff soldier who married a French artist.