Six Encounters With Lincoln: A President Confronts Democracy and Its Demons 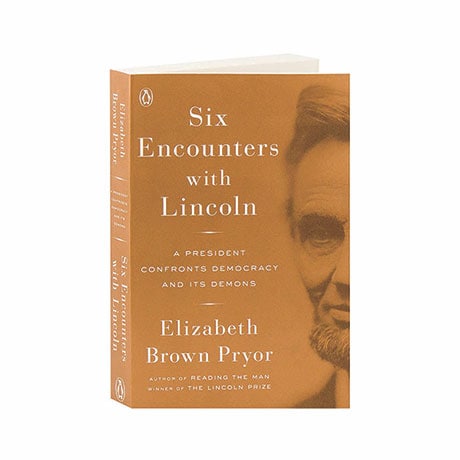 Six Encounters With Lincoln: A President Confronts Democracy and Its Demons

The most written-about figure in American history, Abraham Lincoln lived a rich, multifaceted life that still has not been examined in all its complexity. Scouring firsthand accounts in private and public records, Elizabeth Brown Pryor offers revelatory commentary on six little-known incidents from the 16th president's life, including an awkward first meeting with U.S. Army officers on the eve of the Civil War, a conversation on the White House portico with a young cavalry sergeant who was a fierce abolitionist, and a tense exchange on a navy ship with a Confederate editor and businessman.

"This history aims at deconstructing Lincoln's mythic reputation as the Great Emancipator to arrive at a more nuanced view.... Pryor paints a provocative historical portrait while testing common assumptions about an American icon."—New Yorker