Three Days In Moscow: Ronald Reagan and the Fall of the Soviet Empire 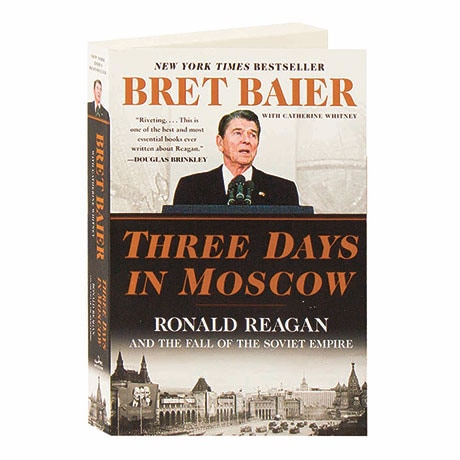 Three Days In Moscow: Ronald Reagan and the Fall of the Soviet Empire

On May 31, 1988, Reagan addressed a packed audience at Moscow State University, delivering a remarkable—yet now largely forgotten—speech that urged the Soviet people toward freedom, human rights, and a future that they could embrace if they chose. Just 18 months later, the Berlin Wall fell and the U.S.S.R. began to disintegrate, leaving the United States the sole superpower on the world stage. Using Reagan's brief Moscow trip to tell the larger story of the president's role in orchestrating a peaceful ending to the Cold War, Brett Baier illuminates the unique qualities that allowed Reagan to succeed where his predecessors had fallen short, and form an alliance for peace with the Soviet Union.

"Every page sparkles.... One of the best and most essential books ever written about Reagan."—Douglas Brinkley