Twenty-Six Seconds: A Personal History of the Zapruder Film 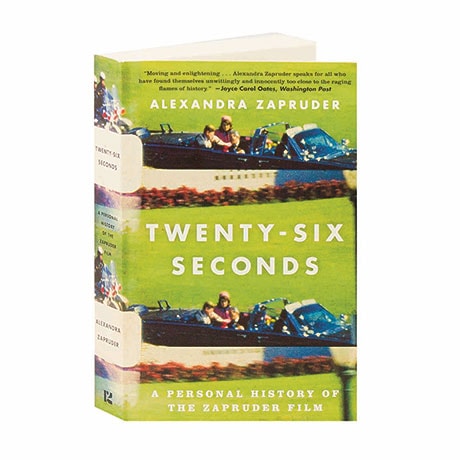 Twenty-Six Seconds: A Personal History of the Zapruder Film

When he ran home to grab his video camera on November 22, 1963, Abraham Zapruder didn't know that this spontaneous decision would change his family's life for generations to come. Originally intended as a home movie of President Kennedy's motorcade, Zapruder's film of the JFK assassination forever defined the event for viewers everywhere, even as the footage became a pop culture artifact in its own right. With the help of the family's exclusive records, memories, and documents, Zapruder's granddaughter Alexandra tracks the film's journey through history, and her text—illustrated with 16 pages of color photos—traces how a new media-driven consumer culture challenges traditional ideas of privacy, ownership, journalism, and knowledge.

"The fifty-year saga of the most important witness to the JFK assassination—a home movie shot by Abraham Zapruder—is a high-stakes morality tale, suspenseful, thought-provoking, and at times nasty. Zapruder's embattled descendants defend their claim to the film, while researchers, conspiracy theorists, disapproving editorial writers and the federal government swirl around them, and millions of dollars hang in the balance."—John Berendt