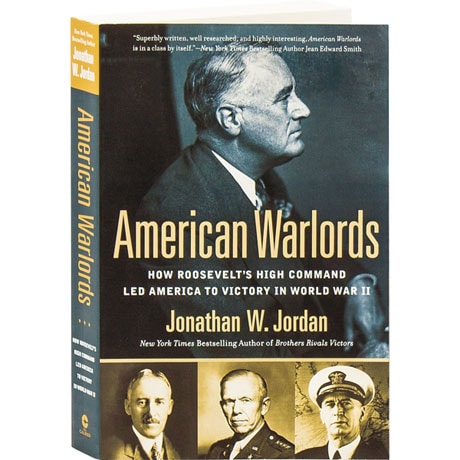 After the attack on Pearl Harbor, the United States was wakened from its slumber of isolationism. To help him steer the nation through the coming war, President Franklin Roosevelt turned to the greatest "team of rivals" since the days of Lincoln: Secretary of War Henry Stimson, Admiral Ernest J. King, and General George C. Marshall. Jonathan Jordan explains here how these four men led the nation through history's most devastating conflict and ushered in a new era of unprecedented American influence, all while forced to overcome the profound personal and political differences which divided them.

"Jordan has done an admirable job of making these men come alive. He uses their own words to weave a good tale."—The Wall Street Journal