Ballad Of The Anarchist Bandits: The Crime Spree that Gripped Belle ╔poque Paris 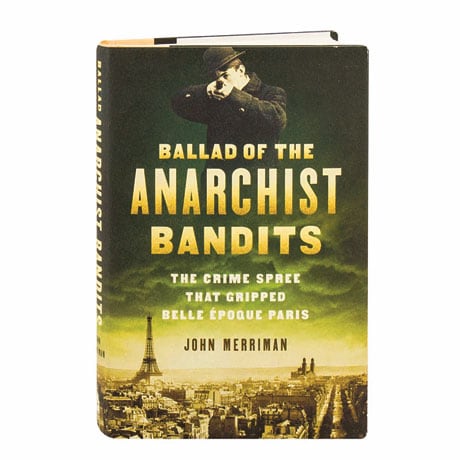 Ballad Of The Anarchist Bandits: The Crime Spree that Gripped Belle ╔poque Paris

For six charged months in 1911-12, all of Paris was gripped by a violent crime wave as a bandit gang went on a rampage, robbing banks and wealthy citizens, killing anyone in their way. But Jules Bonnot and his gang were not ordinary criminals, they were anarchists lashing out at the rampant inequality and poverty in the city during the so-called Belle ╔poque, or "beautiful age." John Merriman tells this story through the eyes of two idealistic young lovers: Victor Kibaltchiche (later the famed Russian revolutionary and writer Victor Serge) and Rirette Maîtrejean, who rejected their fellow anarchists' violence but chronicled the Bonnot spree in the radical newspaper L'Anarchie.