Churchill & Orwell: The Fight For Freedom 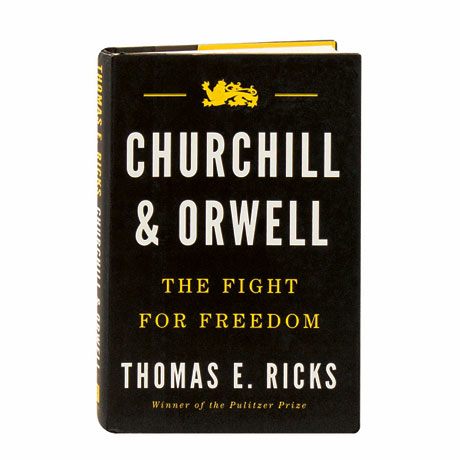 Churchill & Orwell: The Fight For Freedom

In the 1930s, Winston Churchill was a politician on the outs, while George Orwell was a moderately successful novelist. At the time, argues Andrew Ricks in this NYTBR Notable Book, very few people would have predicted the lasting acclaim that these men would later earn. Following these figures through their respective brushes with death, Ricks details how each became a voice crying in the wilderness, warning of the dangers of authoritarian regimes at a time when democracies looked weak. After the defeat of the Axis Powers, Churchill and Orwell again proved prescient, Ricks explains, swiftly singling out the Soviet Union as the greatest threat to world peace.

"An elegantly written celebration of two men who faced an existential crisis to their way of life with moral courage—and demonstrated that an individual can make a difference."—San Francisco Chronicle