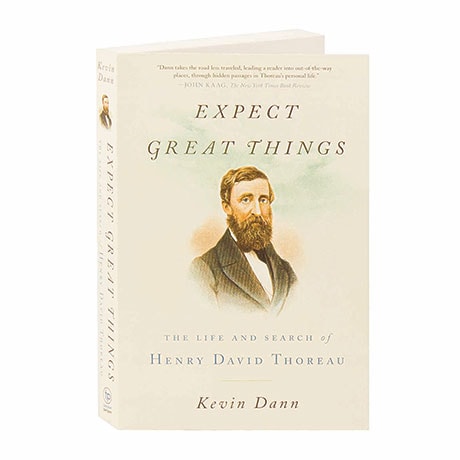 Much as we may think of Henry David Thoreau as a scientist of sorts, he was a visionary mystic first and foremost, suggests Kevin Dann in this biography. Exploring the poems and letters of Concord's bard, Dann presents the world through Thoreau's eyes, finding it a place of spirits, fairies, and Native American legends. By no means credulous, the Thoreau depicted here looked to the supernatural for inspiration in his struggle to live as a natural being in an increasingly synthetic world.

"[In] plumbing Thoreau's own singular and profoundly personal quest for the infinite, [Dann] delivers keen insights. A refreshing new perspective on an American icon."—Booklist (starred review)

"A graceful, attentive inquiry into the mind of Henry David Thoreau…. Dann shows an ease with the metaphysical (which is typically considered at odds with the discipline of the historian), making a warm sympathetic argument for Thoreau as a mystic and visionary and redefining his reputation."—Publishers Weekly