Just A Shot Away: Peace Love and Tragedy with The Rolling Stones at Altamont 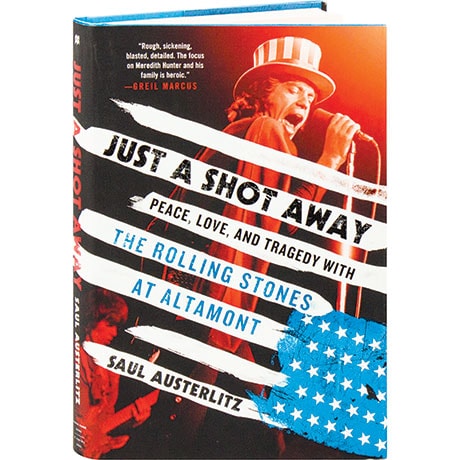 Just A Shot Away: Peace Love and Tragedy with The Rolling Stones at Altamont

If Woodstock tied the ideals of the 1960s together, the concert at the Altamont Speedway unraveled them. The Rolling Stones hoped to end their 1969 tour triumphantly with the help of the Grateful Dead, Jefferson Airplane, and 300,000 fans. Instead, Hells Angels—who were hired to handle security—began to prey on the concertgoers, and African American teen Meredith Hunter was killed by the Angels in front of the stage. Using interviews with Paul Kantner, Jann Wenner, and members of the Stones' inner circle, Saul Austerlitz re-creates the infamous show, clarifying how it brought the era to a close, while revealing what the trial of Hunter's murderer tells us about race relations then and now.