Jfk And The Reagan Revolution: A Secret History of American Prosperity 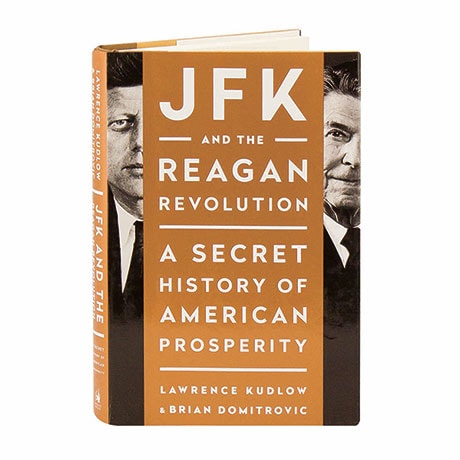 Jfk And The Reagan Revolution: A Secret History of American Prosperity

Defying many of his advisors, President John F. Kennedy implemented a revolutionary tax cut, and the economy soared. The four subsequent presidents pursued a different course, resulting in recessions and the "stagflation" of the 1970s, derailing the nation from its natural course of growth and prosperity. As Lawrence Kudlow and Brian Domitrovic suggest here, Ronald Reagan was guided by JFK's wisdom in devising tax cuts of his own. This snapshot of the two administrations also makes a convincing case that the solutions needed to solve the long economic stagnation of the early 21st century are once again the free-market principles of limited government, low tax rates, and a strong dollar.