The Three-Year Swim Club: The Untold Story of Maui's Sugar Ditch Kids and Their Quest for Olympic Glory 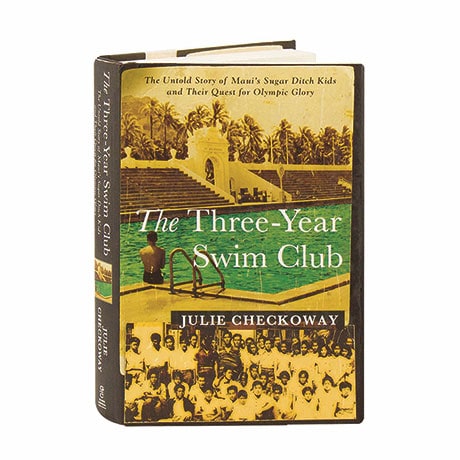 The Three-Year Swim Club: The Untold Story of Maui's Sugar Ditch Kids and Their Quest for Olympic Glory

In 1937, a schoolteacher on Maui challenged a bunch of impoverished sugar plantation kids to swim against the current of their circumstance and become Olympic athletes for the 1940 games. These Japanese American children had to train in the irrigation ditches that snaked through the sugarcane fields, and their teacher Soichi Sakamoto could barely swim. Yet in their first year they outraced Olympians; in their second, they became international champions; and in their third, they were named the greatest swimmers in the world. They then faced their final hurdle—the cancellation of the games and the dawning of World War II. Julie Checkoway's gripping account is "an inspiring tale of true grit and determination" (Booklist).