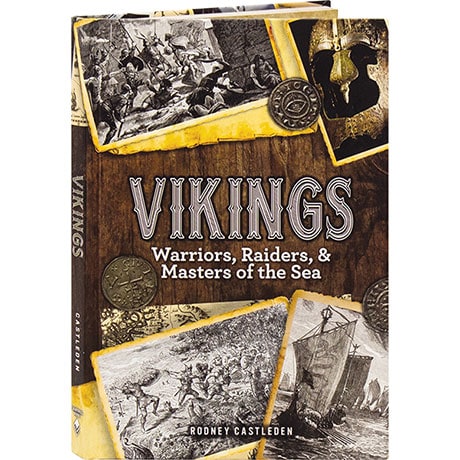 Beginning in the late 8th century, Scandinavian men and women traveled to many parts of the world—from Newfoundland to Byzantium—in a cultural expansion that lasted for 300 years. But are the tales of these Vikings as terrifying berserkers really true, or just part of a smear campaign that has last for more than a millennium? Illustrated throughout with color photos of historic sites and the Vikings' splendid arts and crafts, this accessible history delves into the everyday lives of the Norse people, recounting the exploits of such figures as Leif Eriksson and Cnut the Great, while also tracing the Vikings' influence upon Richard Wagner's operas and the Third Reich.