All The Way: My Life in Four Quarters 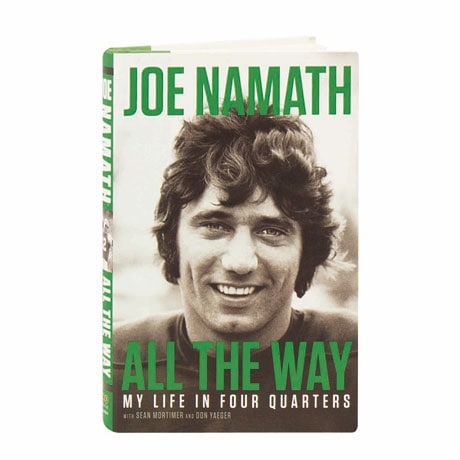 All The Way: My Life in Four Quarters

Three days before the 1969 Super Bowl, Joe Namath promised the nation that he would lead the New York Jets to an 18-point underdog victory against the seemingly invincible Baltimore Colts; when the final whistle blew, that promise had been kept. With his rugged good looks, boyish charm, and progressive views on race, the 26 year old became a bona fide celebrity and a symbol of the commercialization of pro sports. Beneath the charismatic veneer, however, was a player plagued by injury and addiction. When failing knees permanently derailed his career, Namath turned to Hollywood and endorsements, not to mention a tumultuous marriage and fleeting bouts of sobriety. As Namath recounts here, he not only endured, but in time, found purpose in his life.