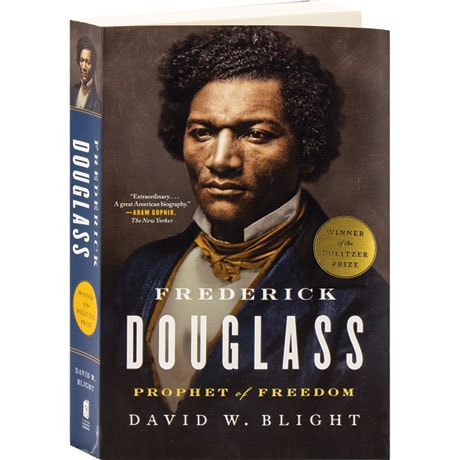 As a young man Frederick Douglass (1818-1895) escaped from slavery in Baltimore, Maryland, beating the odds by remaining free and going on to become one of the major literary figures of his time. By the Civil War, Douglass had become the most famed and widely travelled orator in the nation. Winner of the Pulitzer, the Parkman, and the Bancroft prizes, David Blight's biography captures Douglass in all his complexity, as a fierce critic of the United States as well as a radical patriot, a lifelong Republican sometimes at odds with younger African Americans on the issues of black civil and political rights.

"A stunning achievement. Blight captures an icon in full humanity."—Taylor Branch "Absorbing.... Blight displays his lifelong interest in Douglass on almost every page, and his own voice is active and eloquent throughout the narrative.... A brilliant book."—Wall Street Journal