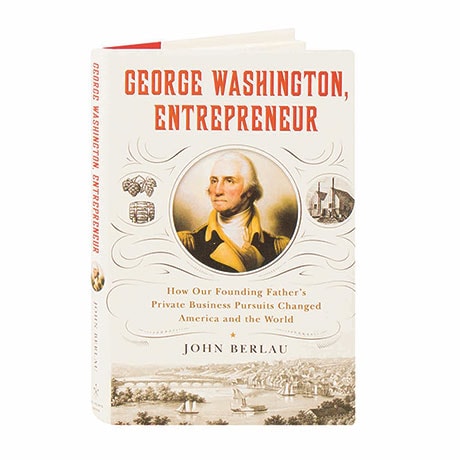 History has depicted George Washington as an intrepid general and political pragmatist, not a visionary. But as John Berlau reveals here, this reticent statesman was a patron of inventors and an inveterate tinkerer, and just as intelligent as Jefferson or Franklin. America's first president was also the nation's first breeder of mules and a major producer of whiskey, but unlike his Virginia neighbors who prioritized tobacco, Washington planted seven types of wheat. Drawn in large part from his journals and extensive correspondence, this biography also details how Mount Vernon's state-of-the-art mill produced flour which was exported to Europe in sacks stamped "G. Washington"—one of the very first branded food products.