In Extremis: The Life and Death of the War Correspondent Marie Colvin 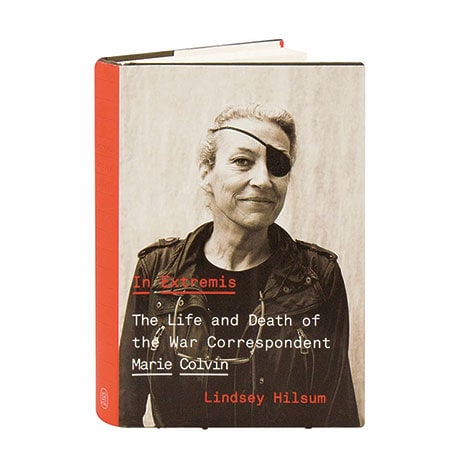 In Extremis: The Life and Death of the War Correspondent Marie Colvin

When Marie Colvin was killed in a 2012 artillery attack in Syria, in 2012, the world lost a fearless war correspondent who covered the most significant global calamities of her lifetime. Drawing from Colvin's lifelong diary as well as interviews, fellow reporter Lindsey Hilsum recounts how this Catholic girl from Long Island learned the ropes from John Hersey at Yale, and gained a reputation for bravery and compassion as she sought out the stories of victims. Enduring PTSD, Colvin lost sight in one eye while in Sri Lanka, interviewed Gaddafiand Arafat many times, and as Hilsum details, put her life on the line in Chechnya, East Timor, Kosovo, and the Middle East.