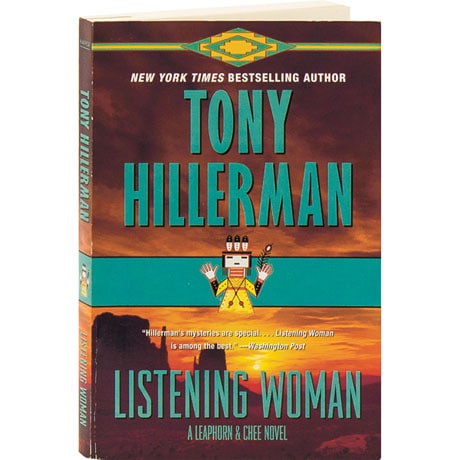 A blind shaman, Listening Woman speaks of witches and restless spirits, of supernatural evils unleashed after a sudden and savage attack. But Lieutenant Joe Leaphorn of the Navajo Tribal Police is sure the monster that slaughtered her teenaged niece and an old man named Tso was human—particularly after a car tries to run the detective down—in Tony Hillerman's third mystery in the series, a finalist for the 1979 Edgar Award for Best Novel. The truth is buried somewhere in Tso's family, and in the brutal events of a hundred years past. To ignore the warnings of the venerable seer, however, could lead Leaphorn into the most agonizing ordeal of his career.

"Hillerman's stories never grow old. Like myths, they keep evolving with the telling."—NYTBR