The Age Of Illusions: How America Squandered Its Cold War Victory 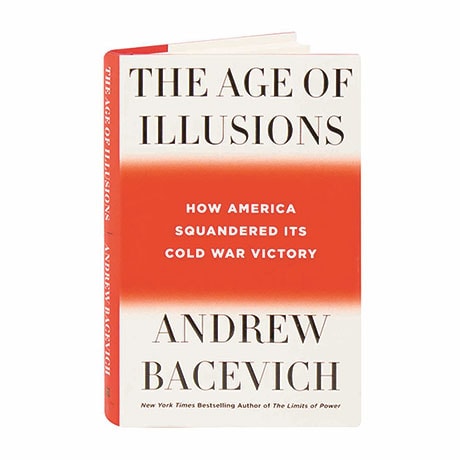 The Age Of Illusions: How America Squandered Its Cold War Victory

When the Cold War ended, the Washington establishment felt it had prevailed in a world-historical struggle. For the world's sole superpower, the future looked very bright, and the nation embraced globalization even while embarking on military campaigns to suppress disorder and enforce American values abroad. What went wrong, and when did it happen? As Andrew Bacevich argues here, within a quarter of a century of the Berlin Wall coming down, the United States ended up with gaping inequality, permanent war, and an increasingly angry and alienated population, having lost our belief that elected officials can delivery stability or prosperity.