The Art Of Resistance: My Four Years in the French Underground: A Memoir 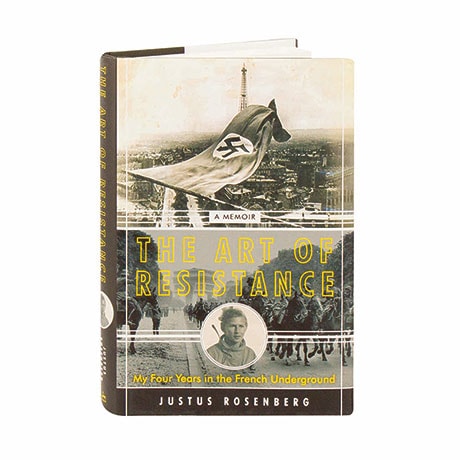 The Art Of Resistance: My Four Years in the French Underground: A Memoir

As France fell to the Germans, 19-year-old Justus Rosenberg—a Jew born in the city of Danzig—fled Paris, heading south. A chance meeting led him to Varian Fry, an American journalist in Marseille who led a clandestine network helping thousands of men and women escape the Nazis. The multilingual Rosenberg was an asset to Fry's operation as a spy and scout, and as he memorably recounts here, for the next four years, he would be a member of the Resistance and a guerilla fighter, narrowly avoiding Auschwitz. Now 100 years old, Rosenberg looks back on his service, as well as 50 years teaching literature at New York's Bard College.

"Rosenberg is a natural raconteur, with a pleasing conversational style.... What shines through his engaging book is his evident desire to be helpful and responsible and his acute consciousness of how extraordinarily lucky he was."—The Times (London)