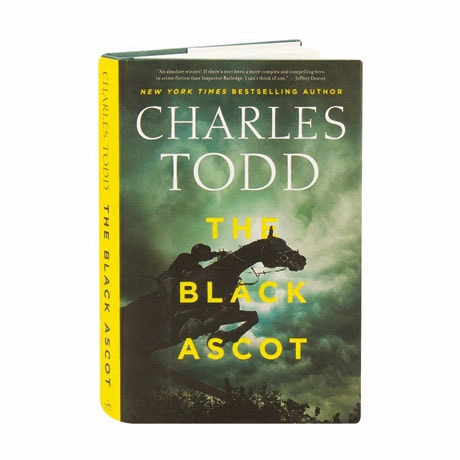 During Black Ascot, the famous 1910 royal horse race meet honoring the late King Edward VII, Alan Barrington committed a murder and has now evaded the police for a decade. Discovering that Barrington has returned to England, giving Scotland Yard a last chance to retrieve its reputation and see justice done. In his 21st outing (after The Gatekeeper), Rutledge is on the case under cover of a routine review of a cold case. Even as Rutledge draws closer to solving the case, though, his mental competence is suddenly brought into question by a shocking turn of events. For this shellshocked veteran, the only way to save his career—much less his sanity—is to find Barrington and bring him to justice.

"An absolute winner.... If there's ever been a more complex and compelling hero in crime fiction than Inspector Rutledge, I can't think of one."—Jeffery Deaver