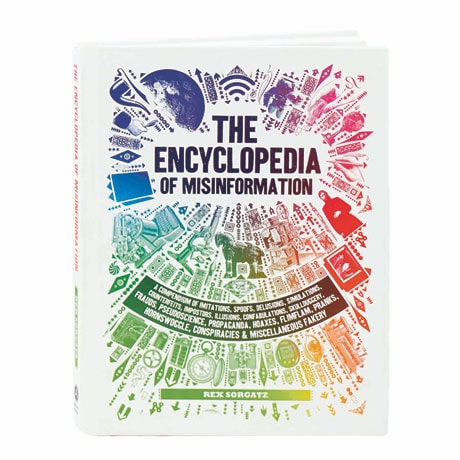 Did fortune cookies really come from China? Was the moon landing fabricated in Hollywood? And what is the Streisand Effect, or for that matter, the Chewbacca Defense? Skullduggery, fake news, and the concept of truthiness are of course nothing new, and in this far-ranging illustrated survey, Rex Sorgatz reveals the truth about famous hoaxes like Milli Vanilli lip syncing, Orson Welles's War of the Worlds broadcast, The Blair Witch Project, the Hitler diaries, and The Autobiography of Howard Hughes, while offering brief exposés of such things as laugh tracks, tofurkey, Beanie Babies, Null Island, the origin of John Doe, the lingo of professional wrestling, and the meaning of "supercalifragilisticexpialidocious."