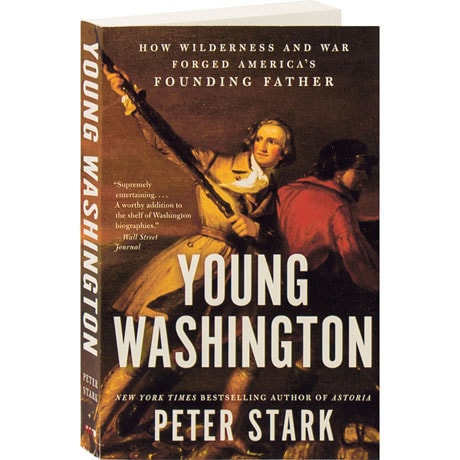 Two decades before he led America to independence, George Washington was a flailing young soldier serving the British Empire in the vast wilderness of the Ohio Valley. Naïve and self-absorbed, the 22-year-old officer accidentally ignited the French and Indian War—a conflict that opened colonists to the possibility of an American Revolution. Offering new insights into the dramatic years that shaped the man who forged a nation, here Peter Stark recounts the grueling wilderness trials, controversial battles, and emotional entanglements that transformed Washington from a temperamental striver into a mature leader.

"Stark puts his background as an adventure writer to good use, bringing thrilling immediacy and literary flair to George Washington's youthful exploits as a Western surveyor and eventual participant in the French and Indian War."—Publishers Weekly

"This is colorful history, bringing to life a period in which Washington, despite serious illness, matured and began demonstrating the skills that led to his later military triumphs and his quiet leadership as president."—Booklist