Now I Know: The Soviets Invaded Wisconsin?!: And 99 More Interesting Facts, Plus the Amazing Stories Behind Them 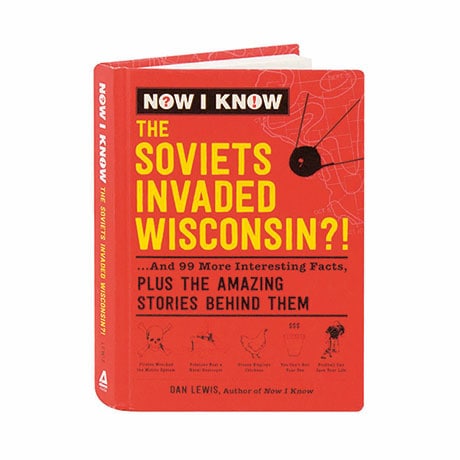 Now I Know: The Soviets Invaded Wisconsin?!: And 99 More Interesting Facts, Plus the Amazing Stories Behind Them

Did you know that a measles outbreak led to the assigning of phone numbers? How about the fact that pirates are the reason we don't use the metric system in the United States? Or that there's actually a reason why stepping on a LEGO hurts so much? From the time a tomato plant stood up to a volcano to Portland's great garbage battle of 2002, this book will put your general knowledge to the test and explain the fascinating stories that seem too weird to be true. Here at last is the truth about why Disney employs chickens, whether Taco Bell purchased the Liberty Bell, and why Frank Sinatra was buried with ten dimes in his pocket.