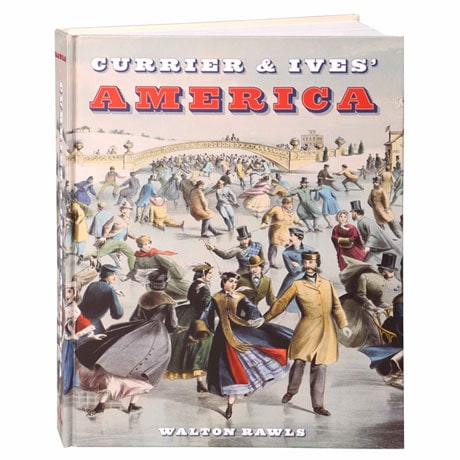 Opening in 1834 within sight of New York's City Hall and operating through the rest of the 19th century, the print shop of Nathaniel Currier—later to be joined by James Merritt Ives—produced, in their own truthful words, "the best, the cheapest, and the most popular pictures in the world." These images of newsworthy disasters, historical events, celebrated figures, natural and man-made wonders, and idyllic moments in everyday American life became a visual history of our nation as its own citizens often saw it: through the hand-colored prints of Currier & Ives. This chunky, pocketable album reproduces more than 300 prints in color, from the Harry T. Peters Collection.