The Long Way Home: The Other Great Escape 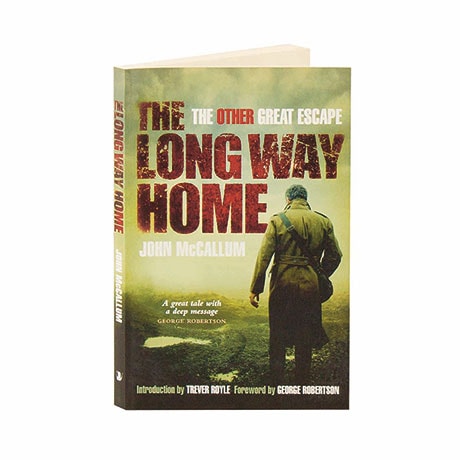 The Long Way Home: The Other Great Escape

At the age of 19, Glasgow-born John McCallum signed up as a Supplementary Reservist, and by September 1939, he was in France, working to set up communication lines. Wounded and captured, he was sent to the notorious Stalag VIIIB prison camp, together with his brother, Jimmy, and friend Joe Harkin. With the help of a local girl, they set out to escape, and in an astonishing coincidence, they passed through the town of Sagan, around which the 76 airmen of the "Great Escape" were being pursued and caught. Telling his own story at last, McCallum thrillingly recounts how three brave souls made their way home.