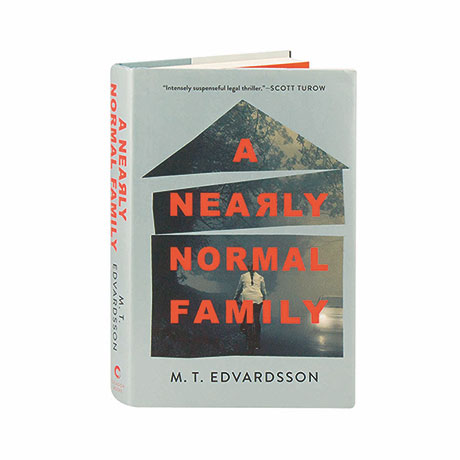 An ordinary teenager from an upstanding local family, 18-year-old Stella Sandell stands accused of the brutal murder of a man almost 15 years her senior. What reason could she have to know a shady businessman, let alone to kill him? In this English-language debut by Sweden's M.T. Edvardsson, Stella's father is a pastor and her mother is a criminal defense attorney, and both find their moral compasses tested as they defend their daughter. The tale unfolds in each of their voices, as they reckon with a tense trial as well as the wounds and secrets that their family has never addressed.

"[This is a] canny, intensely suspenseful legal thriller."—Scott Turow