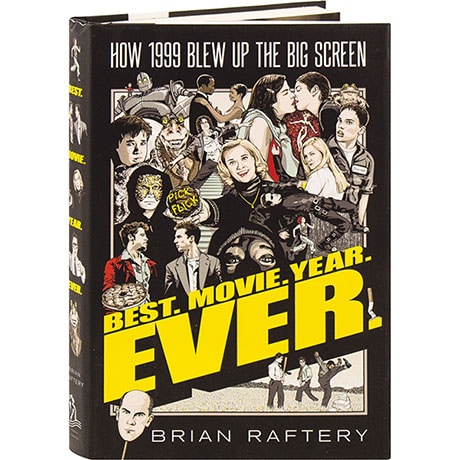 In 1999, Hollywood exploded with a diverse crop of films, including Fight Club, The Matrix, Office Space, The Blair Witch Project, The Sixth Sense, Being John Malkovich, Star Wars: The Phantom Menace, American Beauty, and Boys Don't Cry. Freed from the restraints of budget, technology (or even taste), filmmakers produced a slew of classics that would set the tone for this century. Detailed and enthusiastic, Brian Raftery's text is informed by interviews with such figures as Reese Witherspoon, Steven Soderbergh, Sofia Coppola, David Fincher, Matthew Broderick, M. Night Shyamalan, Kirsten Dunst, and Ahmed Best—the guy who played Jar-Jar Binks.

"Raftery is the ultimate pop-culture savant. From indies to blockbusters, auteurs to amateurs, he covers it all, as both a keen-eyed journalist and a true movie fan, delivering inside information and no small amount of laughs. I loved this book—even though it made me want to call in sick for a week, and go back and watch (or re-watch) the movies from this great year in film!" —Gillian Flynn