Einstein's Shadow: The Inside Story of Astronomers' Decades-Long Quest to Take the First Picture of a Black Hole 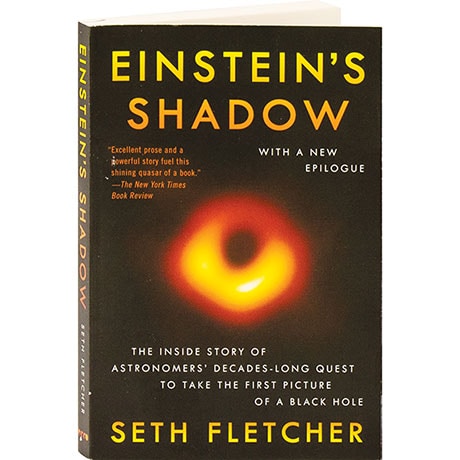 Einstein's Shadow: The Inside Story of Astronomers' Decades-Long Quest to Take the First Picture of a Black Hole

How do you photograph something from which no light escapes? Scientific American journalist Seth Fletcher spent five years following Shep Doeleman and an extraordinary cast of astronomers and engineers as they built the Event Horizon Telescope—a virtual radio observatory the size of Earth itself—intending to capture an image of a black hole while testing Einstein's theory of relativity along the way. Fletcher manages to clarify the complexities of our galaxy, and reveals how the messy human endeavor of science really works.

"[The author] has knack for deft, accurate explanations that are quick to read and easy to understand, with memorably vivid language. His excellent prose and a powerful story fuel this shining quasar of a book."—NYTBR