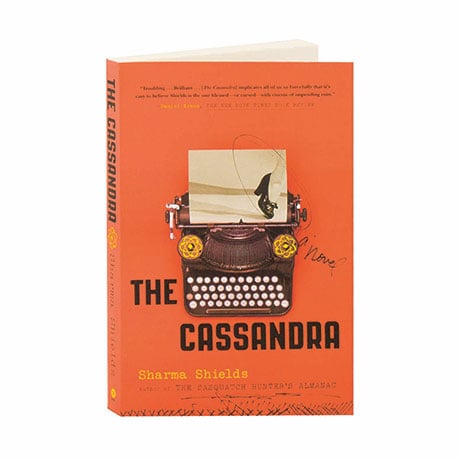 They are making something important at the Hanford Research Center, out in the wilds of Washington state—something secret, and essential to the war effort. In the early 1940s, Mildred Groves is excited to be working there, having run away from home and a lifetime spent as an outsider. But her new life takes a dark turn when she begins having prophetic dreams, and as the generals and scientists at Hanford come closer to achieving their goals, Mildred's horrific visions intensify. The author of Favorite Monster and The Sasquatch Hunters' Almanac, Sharma Shields reimagines the Greek myth of the oracle whom no one believed, in a novel about speaking truth to power that is "quirky, funny, dark. Not like anything else."—Margaret Atwood

"The dream scenes … provide necessary, sickening contrast to the spit-and-polish patriotism via talking coyotes, deformed fetuses and other grotesqueries…. But nothing is more troubling or more brilliant than Mildred's horrifying reaction to a trauma that implicates all of us so forcefully that it's easy to believe Shields is the one blessed—or cursed—with visions of impending ruin."—NYTBR