The 12Th Man: A WW II Epic of Escape and Endurance 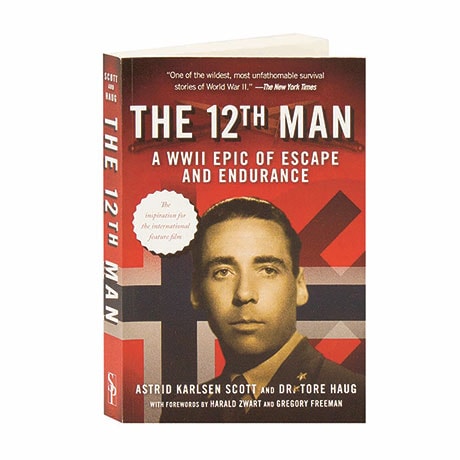 The 12Th Man: A WW II Epic of Escape and Endurance

Jan Baalsrud's struggle to escape the Gestapo and survive in Nazi-occupied Norway inspired the classic book We Die Alone and the film of the same name. It has been sometimes suggested that the account was heavily fictionalized, and so Astrid Karlsen Scott and Tore Haug sought out the true story. In late March 1943, four Norwegian saboteurs were betrayed, and when the Germans attacked, Jan Baalsrud was the only survivor. Wounded, Baalsrud begins a perilous journey to freedom, swimming icy fjords, climbing snow-covered peaks, enduring snowstorms, and getting caught in a monstrous avalanche. If Baalsrud is going to survive, he will need the brave assistance of total strangers in an unfamiliar village.