The 20 Most Significant Events Of The Civil War: A Ranking 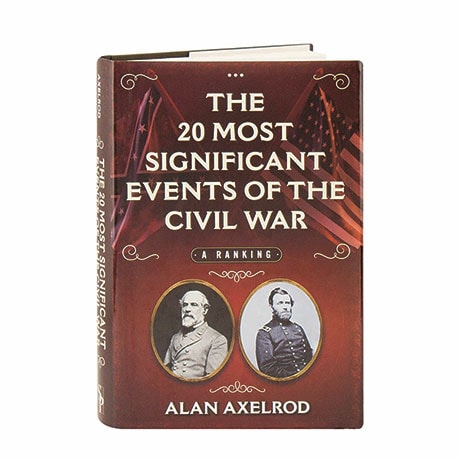 The 20 Most Significant Events Of The Civil War: A Ranking

Neither the outbreak of the Civil War nor its conclusion were inevitable, and indeed every aspect of the War Between the States was shaped by the decisions of millions of people. Breaking it down into short, easily understood chapters, Alan Axelrod assesses the cause and efect as well as the lasting impact of such events as John Brown's raid on Harper's Ferry, the election of Abraham Lincoln, the assault on Fort Sumter, the Emancipation Proclamation, Grant's siege at Vicksburg, and the wounding of Stonewall Jackson. Also included are less frequently cited events, like the 1856 slugfest in Congress, the 1863 New York Draft Riots, and the passage of the 1862 Homestead Act.