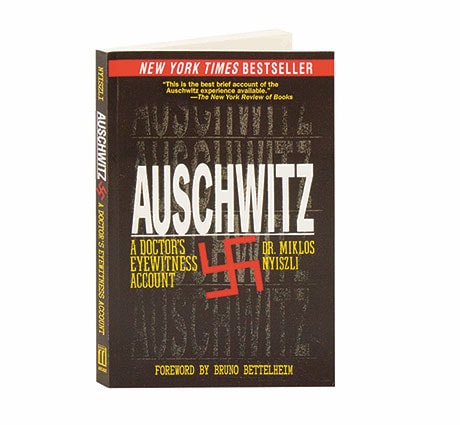 When the Nazis invaded Hungary in 1944, they sent virtually the entire Jewish population to Auschwitz, the concentration camp whose horrors over the years have become synonymous with the Holocaust. Jewish doctor Miklos Nyiszli was spared from death for a grimmer fate: to perform "scientific research" on his fellow inmates under the supervision of the infamous "Angel of Death": Dr. Josef Mengele. Tasked with conducting countless autopsies, Nyiszli is also made chief physician of the Auschwitz crematoriums. Miraculously, Nyiszli survived to give this terrifying and sobering 1946 account, one of the first books testifying to what everyday life was like in the camps.