The Barbary Corsairs: Pirates, Plunder, and Warfare in the Mediterranean, 1480-1580 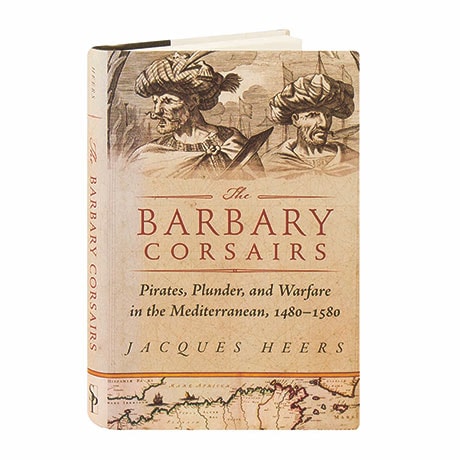 The Barbary Corsairs: Pirates, Plunder, and Warfare in the Mediterranean, 1480-1580

At the end of the 15th century, the Muslim pirates known as the Barbary Corsairs began sailing out of such North African ports as Algiers, Tunis, and Tripoli. Acting as officers of the sprawling Ottoman Empire, these pirates plundered the trading routes of the Mediterranean and waged a guerilla war against Christian nations on the high seas. In this history of that turbulent time, Jacques Heers focuses on the Barbarossa brothers, who preyed on fishing vessels or defenseless merchantmen before embarking upon more brazen attacks on fortified ports and cities. Aiming higher, the brothers established the Algiers Regency, which as Heers explains, was a powerful political force in North Africa for three centuries.