Hitler: The Memoir of a Nazi Insider Who Turned Against the Fuhrer 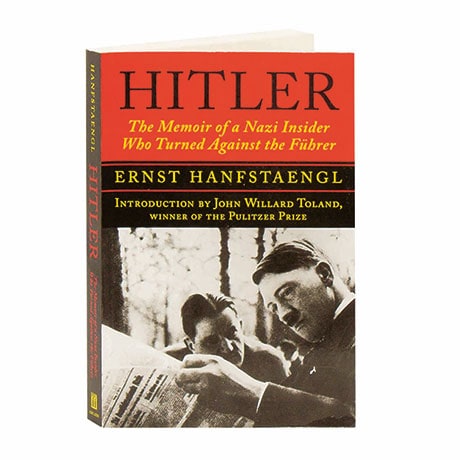 Hitler: The Memoir of a Nazi Insider Who Turned Against the Fuhrer

Of American and German parentage, Ernst Hanfstaengl graduated from Harvard and ran the family business in New York for a dozen years before returning to Germany in 1921. Hearing Adolf Hitler speak in a Munich beer hall, he was mesmerized by his oratorical power, and befriended the aspiring demagogue. With the Nazis' political triumph in 1930, Hitler became a national figure, and he invited Hanfstaengl to be his foreign press secretary. It is from this unique insider's position that he provides this vivid, intimate view of Hitler over the next several years. In time, Hanfstaengl fell out with the increasingly extreme Nazi party, and so he also chronicles his desperate flight to safety in Switzerland.